Link to this page

A Coming Storm
Order a Hand-Painted Reproduction of this Painting 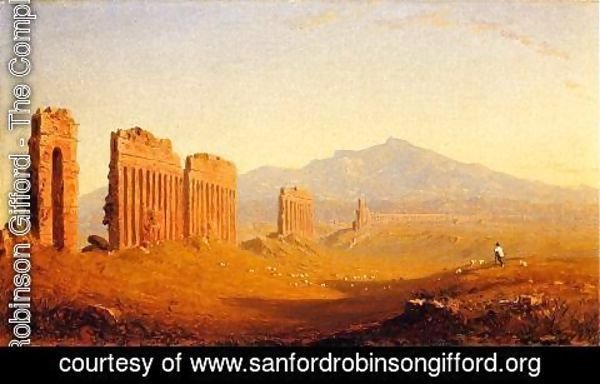 Sanford Robinson Gifford spent his childhood in Hudson, New York, the son of an iron foundry owner. He attended Brown University briefly before leaving to study art in New York City in the mid 1840s.

By 1847 he was sufficiently skilled at painting to exhibit his first landscape at the National Academy of Design in New York and was elected an associate in 1851, an academician in 1854.

Thereafter Gifford devoted himself to landscape painting, becoming one of the finest artists of the early Hudson River School.

Like most Hudson River School artists, Gifford traveled extensively to find scenic landscapes to sketch and paint. In addition to exploring New England and upstate New York, Gifford made extensive trips abroad. He first traveled to Europe from 1855 to 1857, to study European art and sketch subjects for future paintings. During this trip Gifford also met and traveled extensively with Albert Bierstadt and Worthington Whittredge. Upon his return he served in the Union Army as a corporal in the Seventh Regiment upon the outbreak of the Civil War.

A few of his canvases belonging to New York City's Seventh Regiment and the Union League Club of New York are testament to that troubled time. Another journey, this time with Jervis McEntee and his wife, took him across Europe in 1868. Leaving the McEntees behind, Gifford traveled to the Middle East, including Egypt in 1869.

Then in the summer of 1870 Gifford ventured to the Rocky Mountains in the western United States, this time with Worthington Whittredge and John Frederick Kensett.

Returning to his studio in New York City, Gifford painted numerous major landscapes from scenes he recorded on his travels. Gifford's method of creating a work of art was similar to other Hudson River School artists. He would first sketch rough, small works in oil paint from his sketchbook pencil drawings. Those scenes he most favored he then developed into small, finished paintings, then into larger, finished paintings. 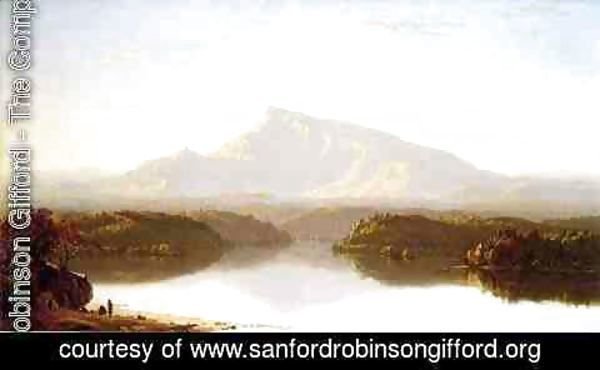 Gifford referred to the best of his landscapes as his "chief pictures". Many of his chief pictures are characterized by a hazy atmosphere with soft, suffuse sunlight. Gifford often painted a large body of water in the foreground or middle distance, in which the distant landscape would be gently reflected. Examples of Gifford's "chief pictures" in museum collections today include:

On August 29, 1880, Gifford died in New York City, having been diagnosed with malarial fever. The Metropolitan Museum of Art in New York City celebrated his life that autumn with a memorial exhibition of 160 paintings. A catalog of his work published shortly after his death recorded in excess of 700 paintings during his career.

Between 1955 and 1973, Gifford's heirs donated the artist's collection of letters personal papers to the Archives of American Art, a research center which is part of the Smithsonian Institution. In 2007, these papers were digitally scanned in their entirety and made available to researchers as the Sanford Robinson Gifford Papers Online. (From Wikipedia)

Report an error on this page